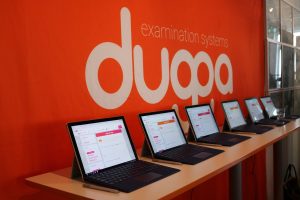 Dugga is a fast-growing digital test-taking platform developed in partnership with schools, teachers, and students. The service was commercialized in the autumn of 2018 and gained a large number of procurements in Sweden. Now, Dugga is expanding to Europe.

Dugga is a digital test-taking platform for a wide range of exams, homework assignments, and national tests. The service is originally based on a research project started by Stics Research in 2012. A test platform was later created by researchers and developers from the Stockholm School of Economics, Stockholm University, the Royal Institute of Technology, Umeå University, and the University of Nijmegen Arnhem.

Today, the platform fulfills requirements set by the National Agency for Education on digital solutions used for national testing. It also continues to grow in popularity, with thousands of users in Sweden—and now the rest of Europe.

The journey to commercialization

A series of key events in Dugga’s growth journey were kicked off in 2014, when a prototype of the platform was funded by Vinnova through “The Future School” initiative. In June 2015, the platform was officially launched on the market, and tests were conducted at two schools in the city of Stockholm. Shortly after that, Microsoft came on board as a key partner and offered assistance by, among other things, hosting  Dugga on their cloud solution Azure for free.

Dugga received an additional 2.4 million SEK grant from the government  in 2016 to help with efforts to further improve functionality. In 2018, the platform and service was commercialized, and Dugga participated in several large and successful procurements.

To enable faster expansion throughout Europe, Dugga has now entered into a collaboration with us at Fastdev. We joined as co-owner and today, help Dugga with ongoing development and testing of their digital platform. 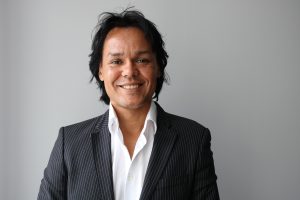 “We see it as very positive that Fastdev has entered as development partner and financial partner,” says Patrik Nilsson, CSO at Dugga. “It reduces direct costs for us, while providing us with a dedicated partner who really wants to help us.” 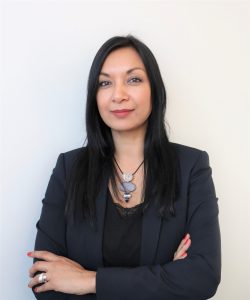 Through collaboration with Fastdev, Dugga can now easily scale its development team in order to adapt to peaks and valleys in their workflow.

“Fastdev is flexible and has very competent employees,” says Claudia Rademaker, Founder and Vice President at Dugga. “They understand the programming and development languages that we work with. Cooperation with them is extremely positive for us.”

Our site uses cookies so that we can remember you and understand how you use our site. If you do not agree with our use of cookies, please change the current settings in your privacy preferences. You can also read more about cookies and similar technologies here. Otherwise, you agree to the use of the cookies as they are currently set.
Read full version